They Rogue is done and looking very dapper in his warm fluffy coat. 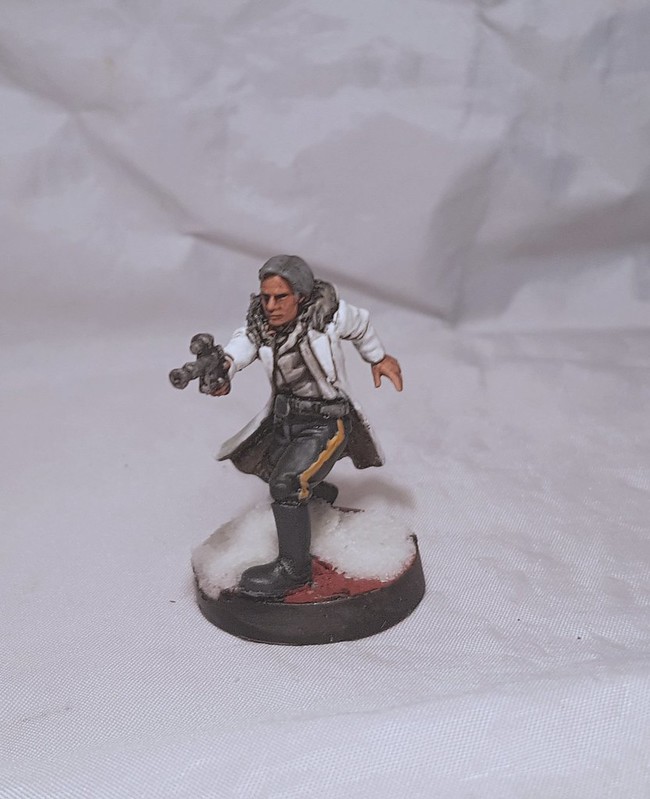 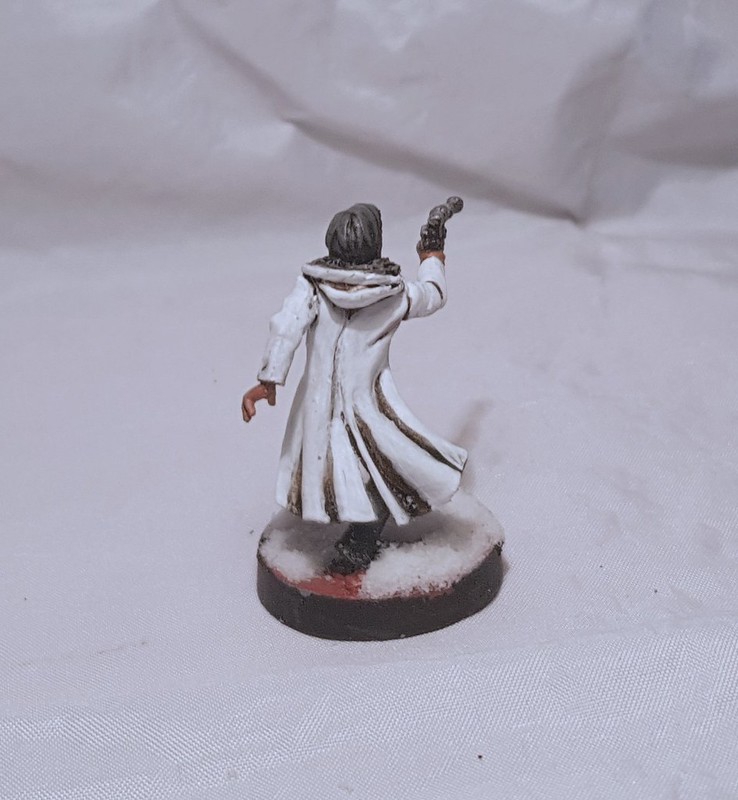 A simple GS conversion but at least now he fits a bit more into the Hoth army feel. 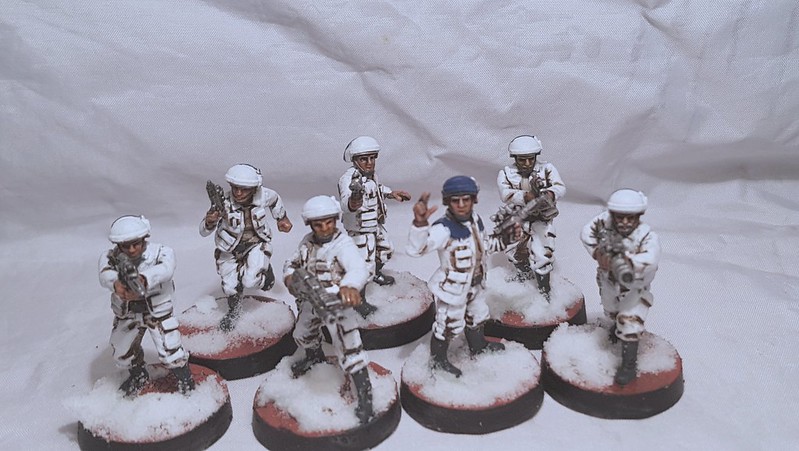 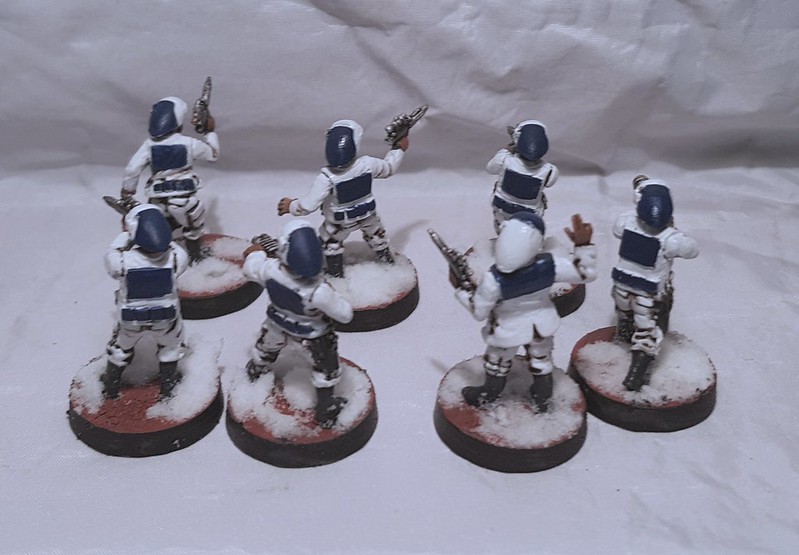 My Fleet trooper, which more or less brings me up to 800 points of painted SW;Legion :O

They say he is a great pilot! Well he did a rubbish job with that speeder!! 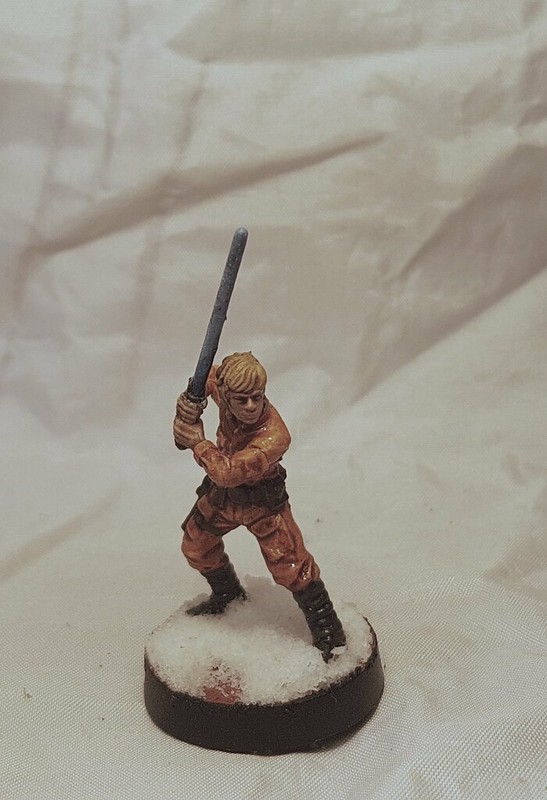 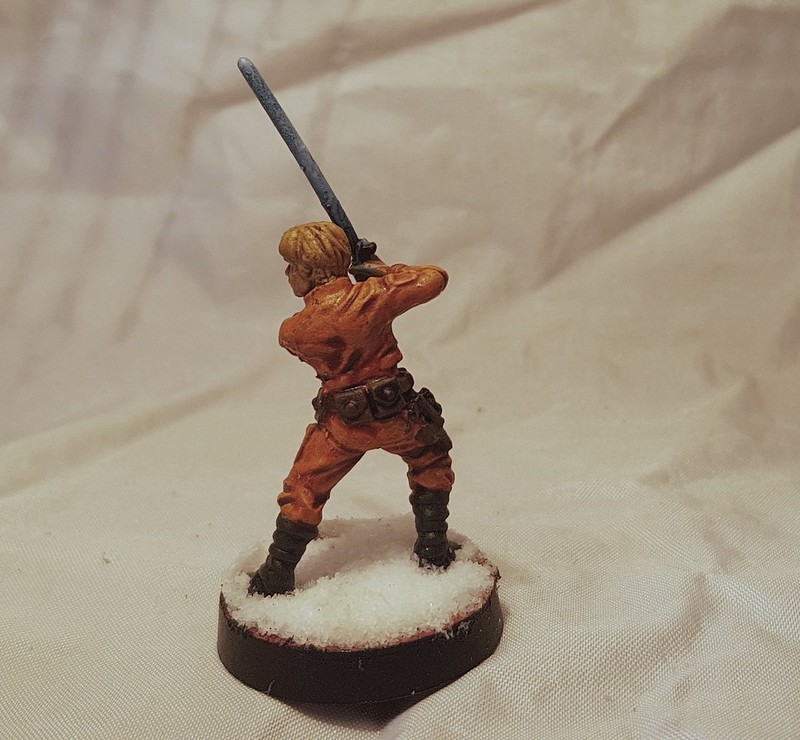 I love this model so so much and has been a great project to paint up. Tied up nicely with the rest of the Hoth force and as always very very beat up.. 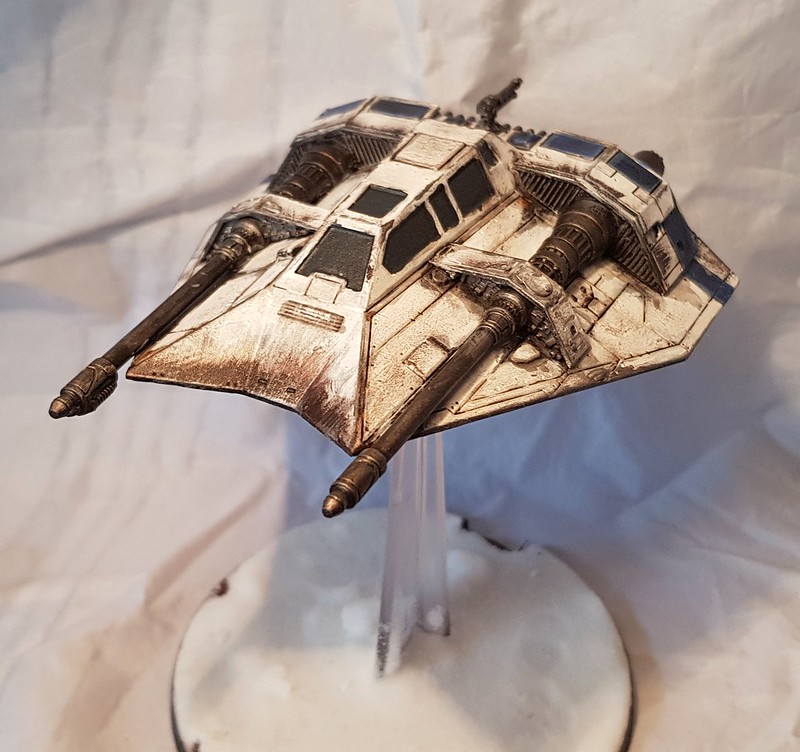 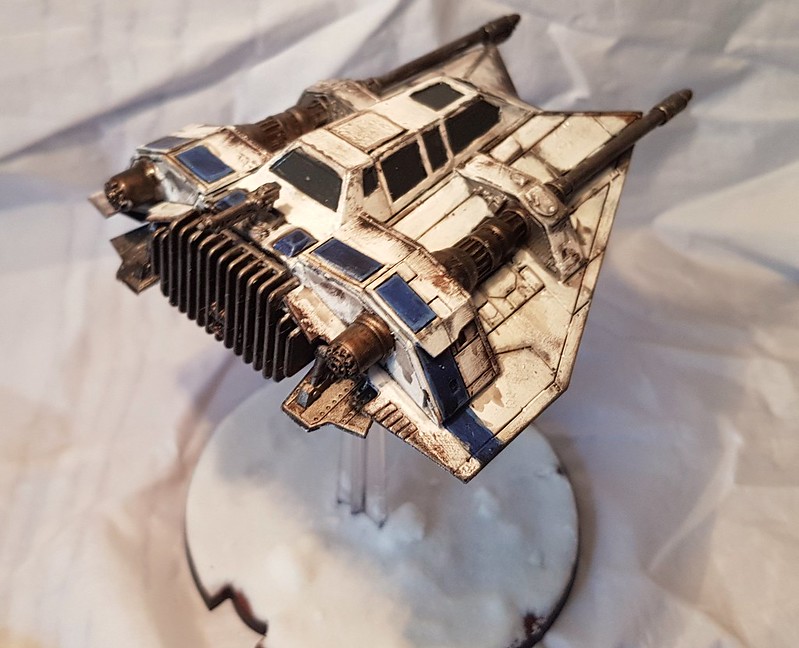 So the AT-RT, I really struggled with as I wanted something that looked really beat up but also fit the Hoth theme.

I also tried some liquid masking stuff to try more realistic damage, it sort of worked bu in the end it only helped figure out where best to paint damage. 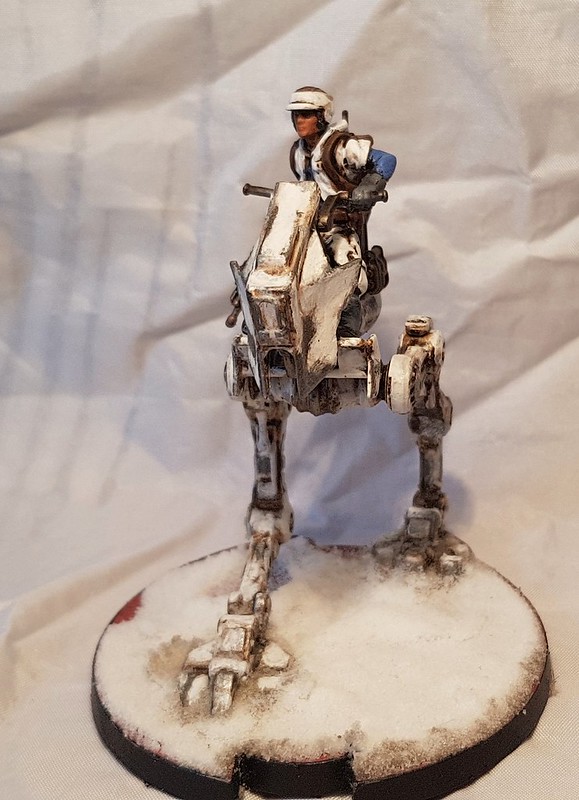 So here is the start of the Hoth force, Hoth of the painting desk (not sorry).

Welcome to a review of some of the exciting and shiny things that AoWS are force pushing… (not sorry) out at the moment. Today I am going to be looking at their SW:Legion Core token set. Linky To Them

Price – £15.99
Its a huge bag of everything you could want for some pew pew Legion fun, first a list of what we are looking at getting…

Which handily is what you get in the Core box for Legion more or less. Now I am going to be greed and will be using these all for myself 😀

Which means I am going to have plenty for games. 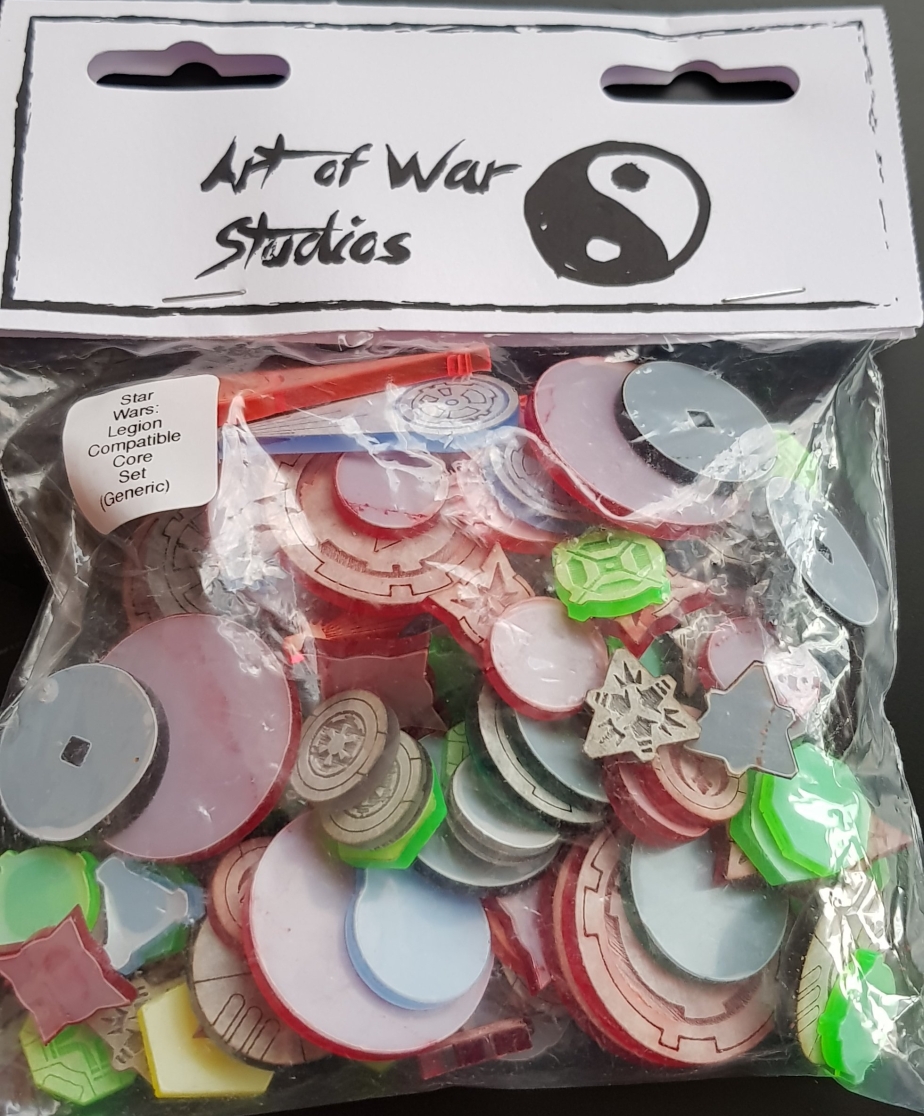 So nice baggy of goodies, as always from the chaps from AOWS. Something that is a nice touch and I have never seen before is a little sheet of paper telling you how to add colour to recesses which is really helpful for those that haven’t dealt with such tokens before or if like me never realise if you leave the backing paper on it makes it much easier…

So once we have all the tokens out we get a lot and it is also so very pretty. I particularly like the objective markers as the light hologram for whichever faction controls is a great. Plus, everything is pretty snug you wont get wonky markers during the game.

But how do the compare to the FFG punch-out cardboard tokens. Well on the whole they match them pretty damn well. with most of them actually being the same size. Yes the likes of the wound markers are smaller but you also get the number on them (well 1 or 3, with the 3 being bigger as well) which makes it easier during games anyway.

I would have liked my suppression markers to be a little bit bigger but that is the only little complaint I have. Mainly as I am really bad at missing markers after games.. 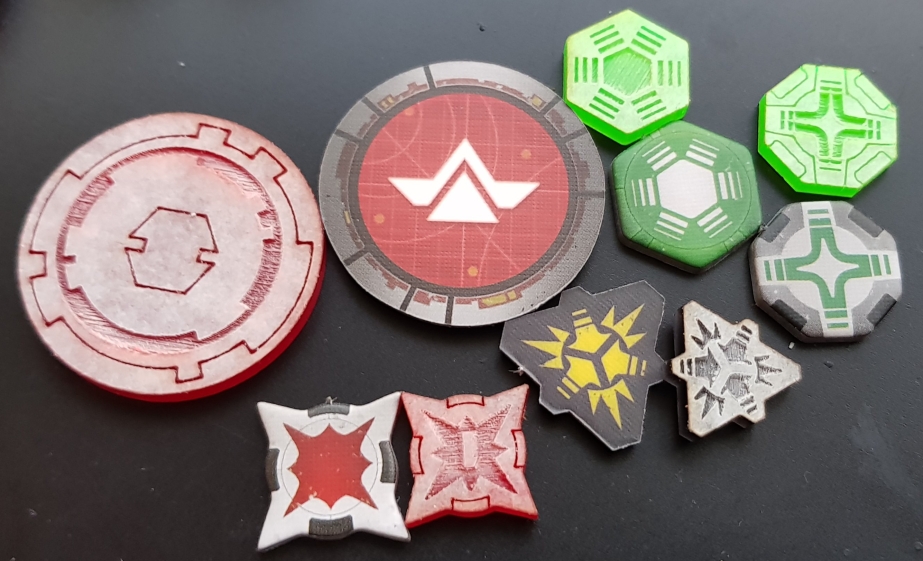 So once all edge painting is done, the tokens look amazing.

I really like the set and it is going to cover most peoples uses (yes the command tokens may not match perfectly with some more advance lists but for now they are spot on).

Obviously not future proof with some of the wild and wacky things FFG could drop in the future but for now and for the price you can not go wrong with this set.