So I really really really dislike the Beasts of Nurgle models both the old and new ones. So decided to make my own, yes not original using the drones but I do like them and I think they work so well. 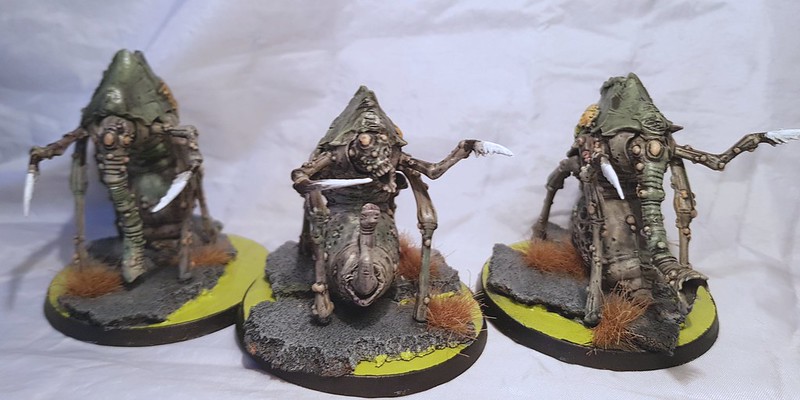 So first Great Unclean One is done 🙂 This chap is from the conversion I did and been a labour of snot/love.

Really really pleased how well he has turned out 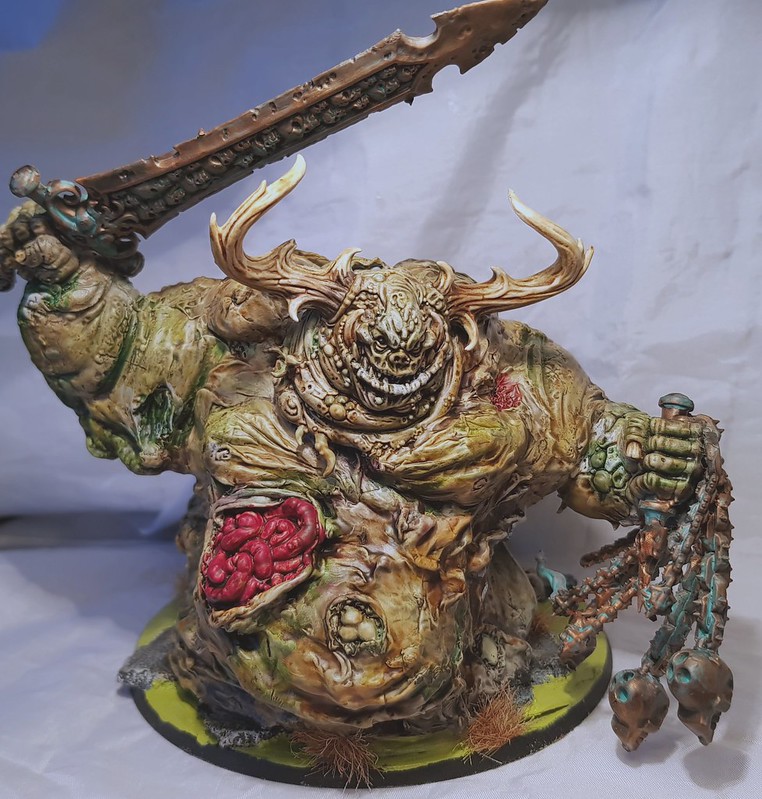 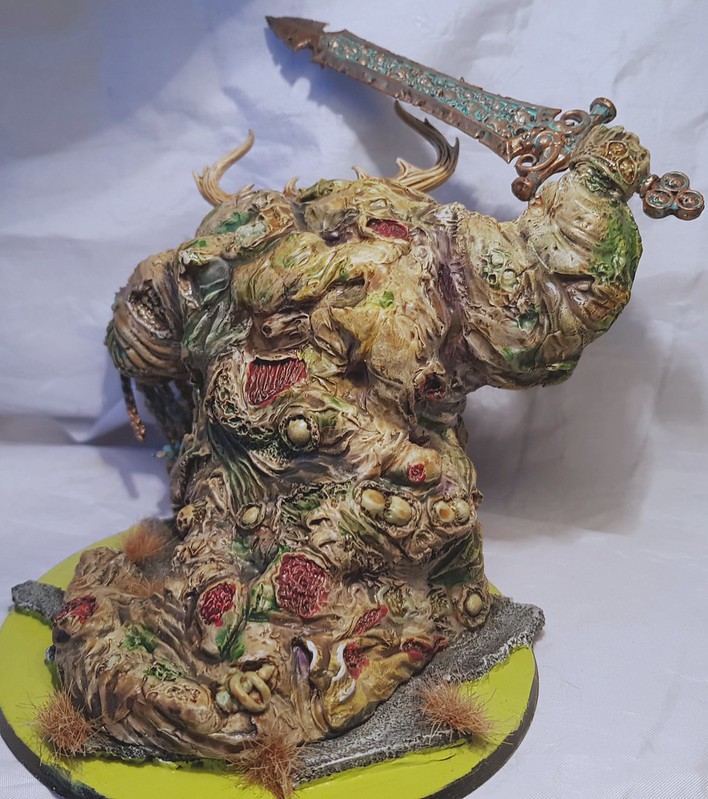 Here are my screamers for my Daemon army.

An experiment to continue to use the fluorescent paint and I have to say these came out much better than my flamers they really pop, I think anyway.

So some very early WIP shots of my Tzeentch Soul Grinder. Basically I have removed the mechanical aspects of the SG and added so nids bits for the more organic look.

Even without a head or base yet he is twice the height of one of my ogres!!

Carrying on with the Daemon lores, next up is the Lore of Tzeentch.

Lore Attribute – Fires of Change – We will see this across all 3 lores just with different names. Basically for each wound caused by a spell a unit within 12″ of the caster gets to roll a D6 to see if they get some wounds back. For Tzeentch that means either Horrors and Screamers being able to get more wounds!!

Warpflame – LoT also has an additional rule that affects a lot of its spells in the shape of Warpflame. This means if you cause a wound then the unit in question must take a Toughness test and it either fails and takes an additional D3 wounds with no armour saves OR passes they unit gains regeneration!! So a very fitting rule for Tzeentch if slightly frustrating!

Signature spell: Blue Fire of Tzeentch – A magic missile that does random hits and strength. What you need to expect is strength 6 against goblins and strength 1 versus dragons 😉

Treason of Tzeentch – A hex that means a unit has to use the lowest Ld available and can’t benefit from things like inspiring presence or hold your ground!

Pink Fire of Tzeentch – Direct damage spell using the flamer/breath template that moves an artillery dice forward doing random strength Warpflame damage. Not bad possibility to really cover a large area of the enemy if used right (any range extension should be seen as a bonus).

Bolt of Change – Magic missile that does a decent strength hit regardless of the randomness on top of the multiwound effect and working like a Bolt thrower means a flank shot will hurt!

Glean Magic – Direct damage spell targeting an enemy wizard in a ‘duel’. If you win they take a low strength hit (warpflame) but they also lose a magic level and random spell which you gain! The fun to be had with this in the right circumstances.

Tzeentch Firestorm – Small template direct damage spell that is placed by you and scatters randomly anything underneath takes random strength hit (can be boosted to large template but scatters more). Interesting spell and one that is nasty against horde units where the scatter is less of an issue (hopefully).

Overall when Tzeentch is with you this lore can kick out some damage and appears to be the monster hunting lore for daemons imagine the likes of cavalry and characters having to use the Ld of their mounts 😀 and then dropping a nasty high strength (hopefully) spell on them afterwards.