Got my hands on the following new plastic starter sets from Knight models (all thanks to Leodis Games).

The first thing that strikes you is how small the packaging is now, at a guess we are talking about 30% small footprint than the older blisters which across a range is significant reduction.

First thing we notice in the box is how small the cards have got now. They are now the same size as ‘standard’ cards we see in the majority of games.

This is a double edged sword for people, as the cards take up much less space on the gaming board which is huge BUT as players need a way of tracking their dice/markers during the making the plan and during the turn itself does mean you could have some mistakes occurring as things move about inevitably during a game. Expect lots of 3rd party options to deal with it (nods towards Red Beam).

But now for some shiny models.. 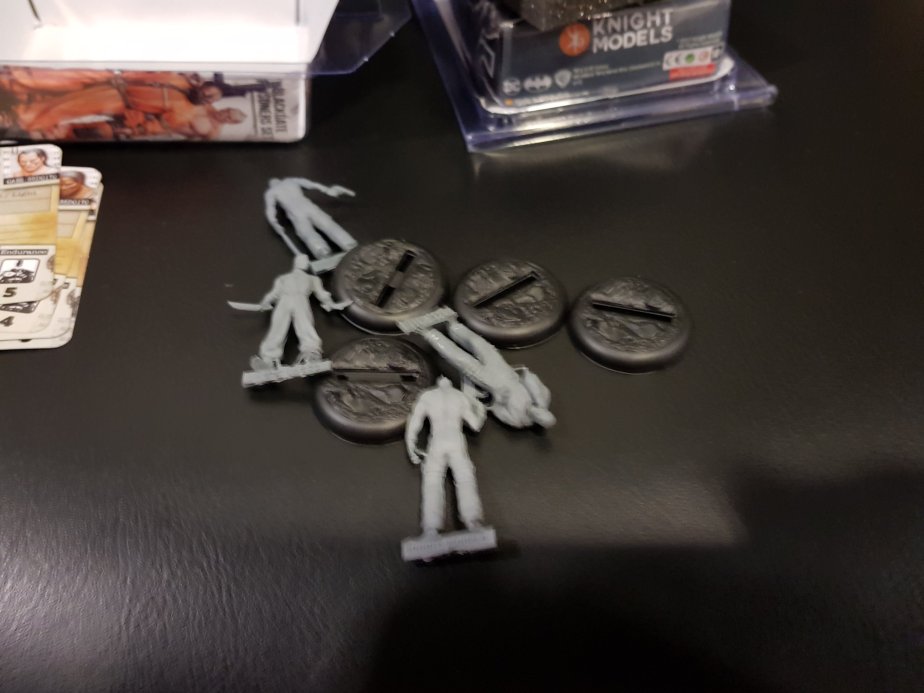 The number of pieces are low in general, with the prisoner set all being 1 piece. 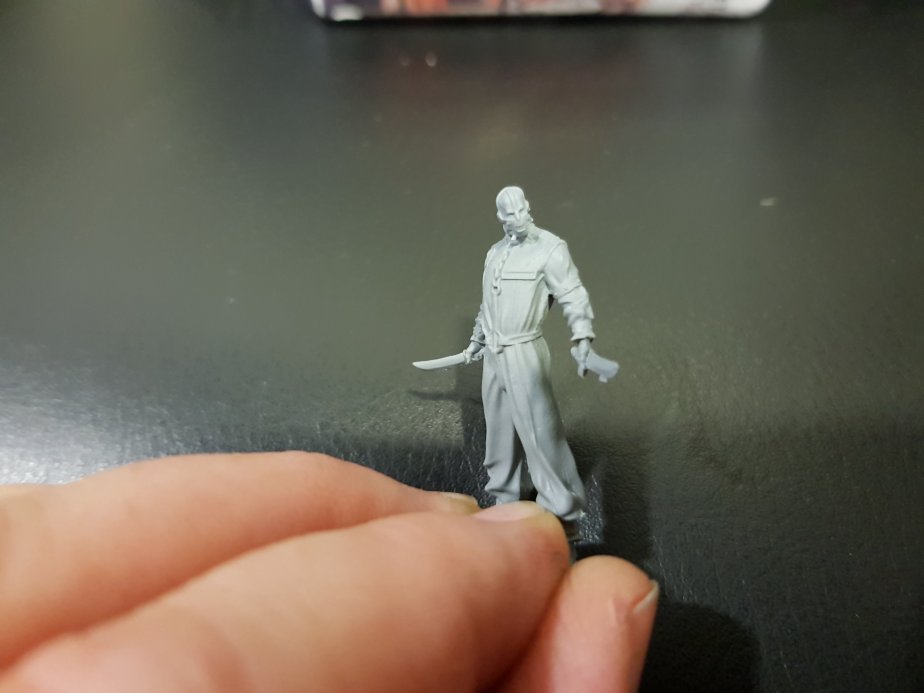 So the detail is amazing, something that KM are always good at but these are just wow!!

These are going to be a joy to paint. 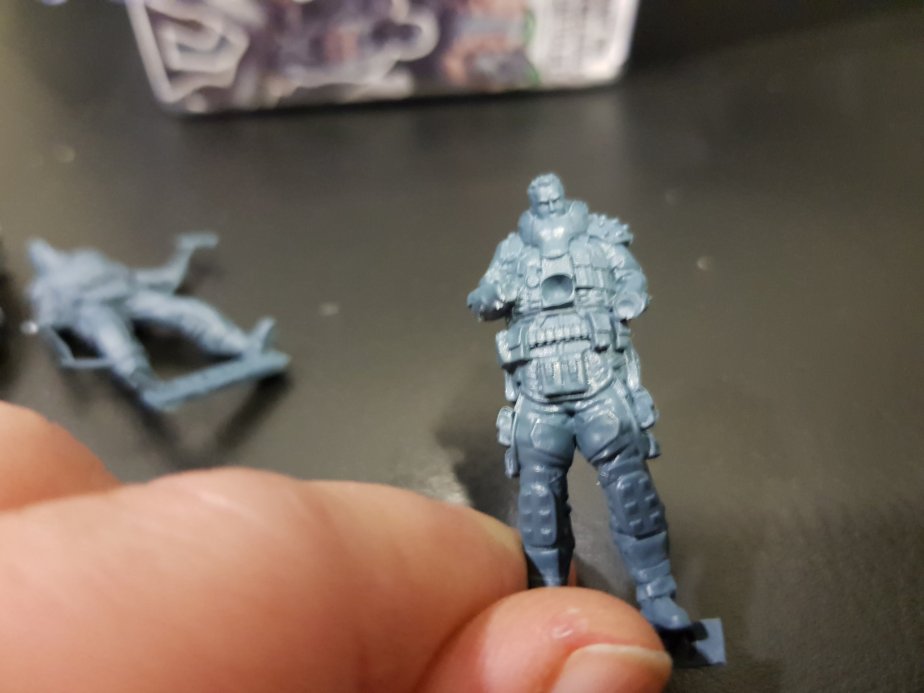 There is a concern with the resin/plastic though some of thin pieces have feel that they could be a little brittle.

My sword did suffer in transit which is sad face but easily fixe. 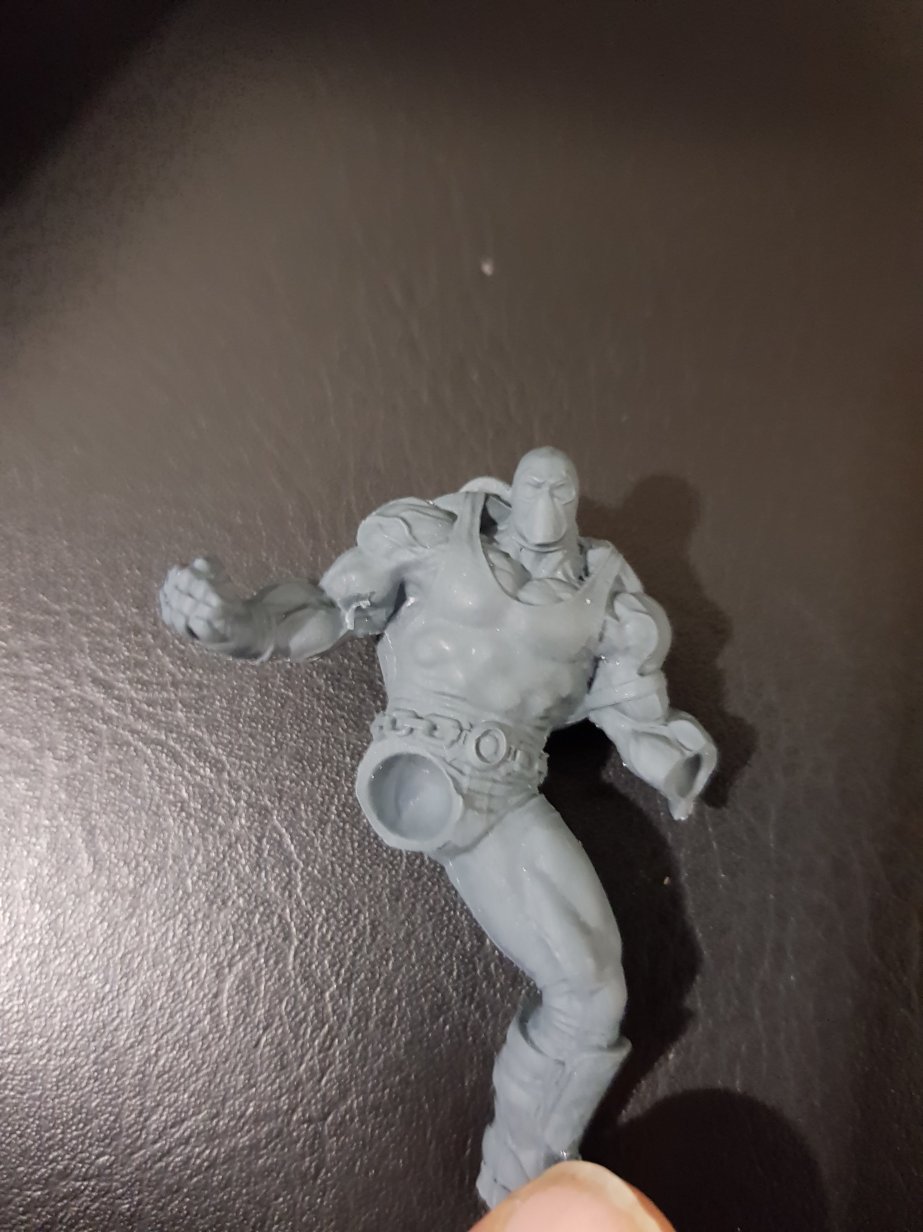 Wow KM have knocked these out of the park!! If this is the future of the quality and price. Truly amazing stuff, and maybe a sign of things for Harry Potter!

If you fancy so of the shiny at a great price make sure you check out Leodis and his Haribo…..sorry and his models 😉

The cosplay twins…..I dread to think what spam I am going to get now!!

They have proved tricky to use due to needing to activate them together, need to figure them out a bit more.

First of the Batman models, I will be honest not really happy with him. I am struggling to get the right level of work on these Batman models. Especially the ones that are ‘real-life’ models.

So its been a little while since I looked at a new system of models (yes I know I did a Bushido one recently, weeks are a long time).

Anyway I have been excited by the Batman Miniatures Game stuff by Knight Models for a while and having got Mr Hawkwind to do a guest review of the rules HERE! I figured may as well see if the miniatures are that much fun.

So expect a couple of reviews in the coming weeks, but I had to start with an actual Batman model and although all the Arkham stuff looks cool I had to go with the Frank Miller Batman just for some old school fun.

The packaging is standard fair with some nice artwork/pictures on the card sleeve. I just hope the 14+ is actual age not mental age otherwise I will need the missus to buy me these going forward..

After getting the package open, we discover that Batman doesn’t come in too many pieces. The only part which could be considered fiddly is the rope section. However turns out that it is pretty sturdy as majority is directly connected to hand section.

Clean up was very easy, very little flash or mould lines to speak of and only real thing I had to do as reshape the pegs on the bottom of the feet to fit the base insert.

Something which I did find pretty clever was the use of the card insert for the packaging also folds out to be the stat card for the model. Very environmentally friendly that 😉

So as you could probably gather from the parts this Batman goes together quicker than a lot of stuff out there and with minimum fuss.

What I am impressed with is the model balance that cape is a solid piece of pewter yet it doesn’t over balance the model at all. Bearing in mind my pictures are done on a carpeted floor due to space so not the complete flat surface like tabletop.

A close up of the standard non-smiling Batman. Detailing is excellent ok spandex isn’t the easiest thing to show detail on, but the sculptor has capture the muscles underneath really well. This is one buff Bat.

A very nice model and even if you dont fancy playing the game, I would find it hard not to justify picking one of these up just to paint.

Beside the fact it is Batman in 28mm scale it is actually really well done and I look forward to getting my hands on more.

Although they really need to make a Adam West one now that would be awesome..

So there you go people go read about the Bat, follow the Link below!!

BANNNNNNNNNE Oh my word click on the link at your wallet peril!!!!!!! http://pressganger.blogspot.com/2012/12/batman-minis-game-leader-bane.html

Make sure you go and check out TTS quickly as they have some very interesting information regarding the new Batman Game from Knight Models from the horses mouth as it were.

But first some pictures to whet the appetite 😉

LINK to the Bat Cave