So I am at the stage now where I think he is done! As hopefully you will see..

The next stages I had to do were the arms which you can see came out very very well, thanks to some blue stuff that let me make some molds of the arms just to help me get the scale OK, as I was nervous about getting them right especially the right bend/lengths.

The other side of things was to ensure the size of him matched the official model.

As you can see I think I have that nailed from the Birdseye view, so at least my original sketches are measuring up OK 🙂

I also ensured that I kept checking things sat OK and as you can see the hands are almost perfect fits as is the head, however I then knew that the belly needed to be more substantial!

Then the fun could really start, the green stuffing of the details, as you can see I did go mental but hopefully not too mental that details are lost in the crazy!

So something I did learn from this is Green Stuff is shiny and can be difficult to actually see some details. So anyone out there wanting to give it a go on any sort of big scale then make sure you undercoat the model at a stage you start to go green blind. As it helps immensely.

Which leads me to the stage I am now, some more work on bits I had missed before undercoating.

The spots of white allowed me say I am happy with an area, as I am now at that stage in which I could keep adding more and more detail when really I wont get any benefit for it other than I dont get to paint him.

So soon he will be hit with paint and hopefully I dont mess him much.

More flying men for my Stormcast, I love the look but those wings are a right royal pain in the back side

Would love to hear people’s thoughts on this. A Silver Birch Dyrad.

Plus what colour for the “skirt” to complement it. 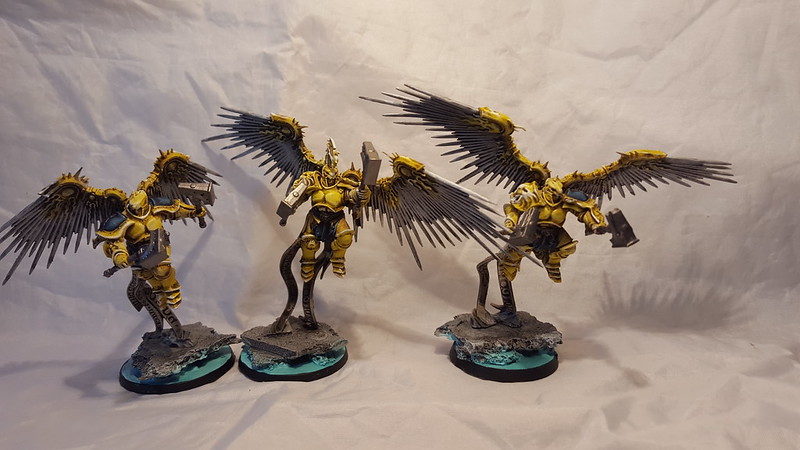 Batch number 1 of the flying boys, bit tricky to paint as the wings are so fine and pointy. Thankfully only another 3 to go for the list I have in mind (which is basically everything I own 🙂 )

Well here they are the first of the Blinding Storm Chamber 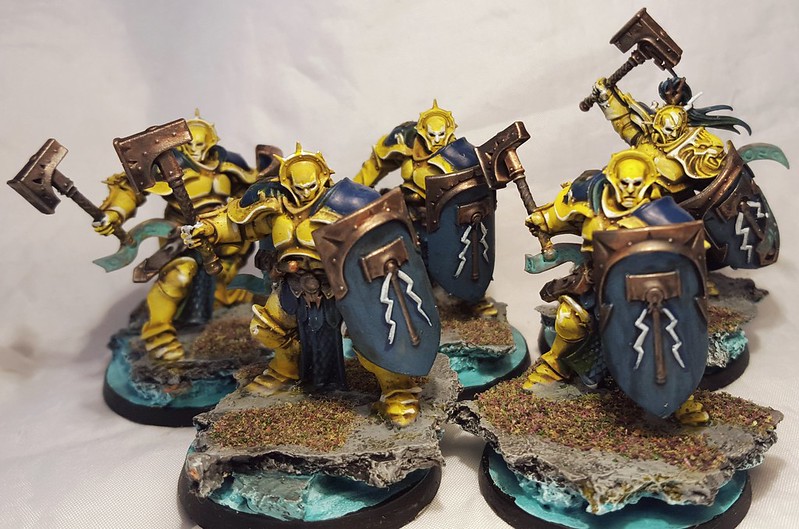 Something a bit different, but so easy to achieve. Who knows I may get a GW army painted :O

Thanks to the great man Sean Gill.

We have one final WAAC fundraising event for you all.

Head on over to ebay using the LINK.

This is for your chance to win a fully painted Skaven army!! Just in time for the end of times book 😀

My Tweets
The Wargaming Bear
Create a free website or blog at WordPress.com.