We are back again, this time to look at the new Knights for AT and the first of the baby brothers of FW only kit. I am excited to see these as I was not a huge fan of having lots of knights running around that are all the same!

As with all the AT stuff so far the box art is something special and they look the part. Seriously I would be tempted by an AT art book I really would!

The back is the same as well showing off the painted models and how shiny they are..

We get the same transfer sheet as the normal Knights which makes sense, however for me it feels like this kit needs it less but that is just me.

As usual the iunstruction booklet is lovely CAD work, but something that did throw me off (and I know I wasnt the only one with this problem). The printing wasnt done to fit the page. Now clearly only a small error I did find it a little jarring and dare I say cheap by GW not to fix something like this.

Now I know it is something silly, but I dont expect this from GW but there you go!

Anyway onto the shiny, the kit lets you build 2 Knights and come with just the one sprue, unfortunately you only get the one set of weapon options, so I would expect another kit/ (whisper) weapon sprue in the future to cover the other options.

But then as we look closer the detail is pretty much amazing, as all the AT kits have been so far.

Look at the crotch section and all the piping and rivets, for something that is so scaled down GW are not afraid to keep as much detail from the 28mm scale as possible…

While the carapace is again full of the details we have seen in the other knight kit and is generally spot on! Although feels odd that the extended shoulder pads are extra pieces, tiny extra pieces!

So a quick family shot before I slap some paint down. you can see they are significantly taller than the Knight and sit nicely in-between them and the warhound!

A great addition to the AT forces and well worth the price of under £20 from our friends and FLGS over at Leodis Games.

The slow grow continues at a nice pace and I am managing to keep more or less on target with a purchase a month. which at this point means I only need a Reaver to complete the collection. Which nicely gives me an Axiom maniple and 2 units of different knights when I get there!! Plus so far I am only on about £135 spent before the reaver to get me to this stage. which is still much less than the grand master box!! 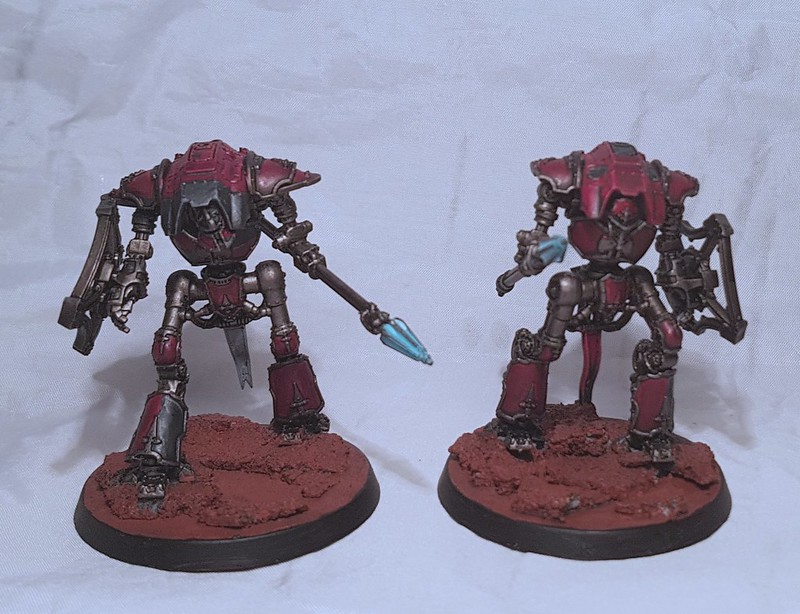 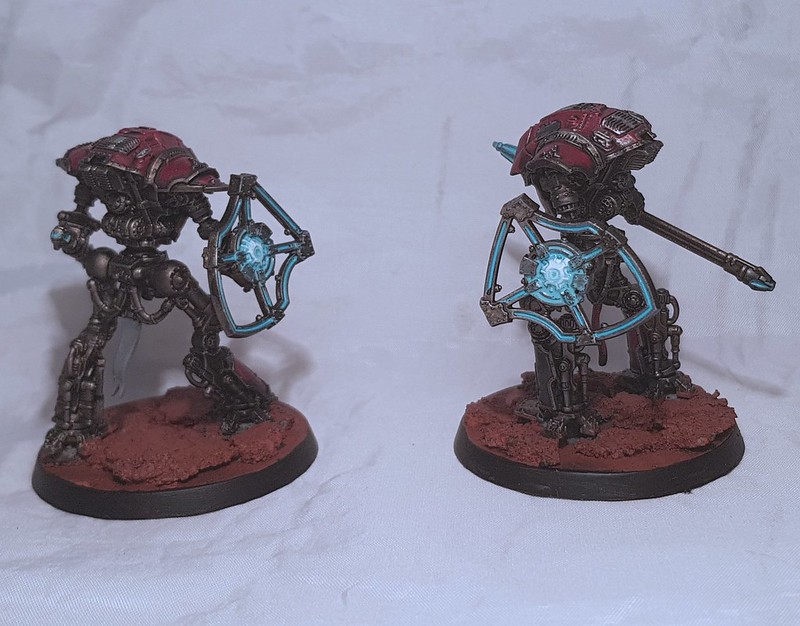