Welcome to my review of the Mythos rulebook from Paranoid Miniatures. If you missed out on the guys Kickstarter don’t worry they are so close to retail its just a little….ok a lot exciting.

If you are interested click the logo and that will take you to their website where you can see fluff, art, renders and of course the rules.

That’s right the PM guys are continuing a trend in the hobby in offering free rules, they also have free stat cards (and tracking cards) as well as printable paper dolls. So you really can try before you buy.

But let’s be honest with some really stunning resin models and also a low count for each faction you may as well just buy them all.. Not that I would be doing something like that oh no I have willpower, I am strong, I am….. 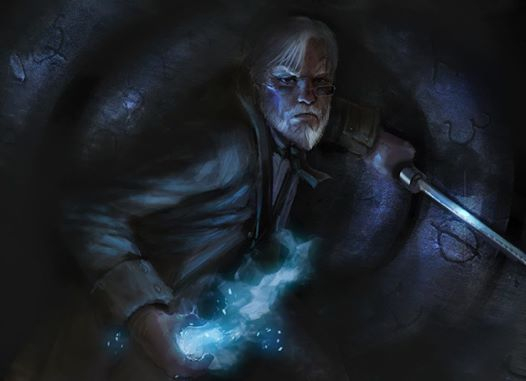 So the game is steeped in the feel of certain H.P.Lovecraft so has that vibe running throughout the models and also the general look of the game. It is based in the 1920s in a City in the US called Providence where the *announcer voice* THE FATE OF HUMANITY WILL BE DECIDED!!

They are shiny, they are resin and they have a feel unlike other stuff around at the moment. Where else can you get a giant crab trying to fight an Egyptian sand man? 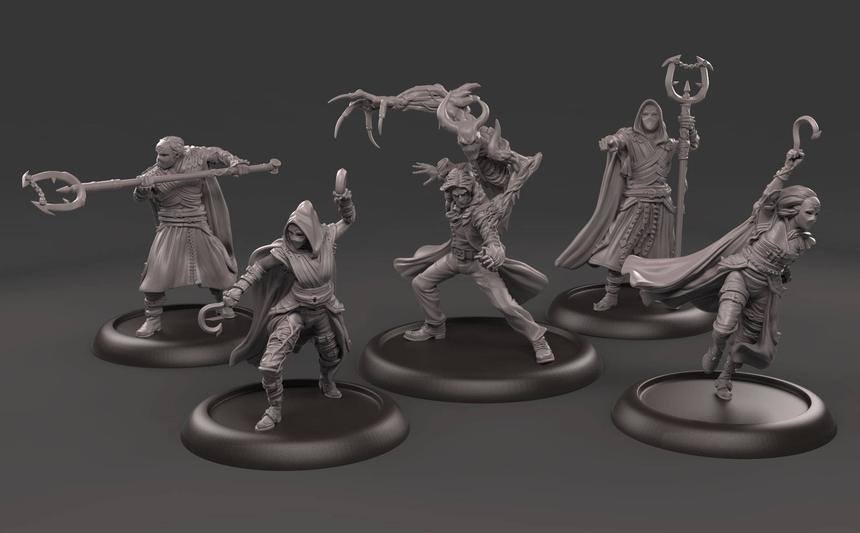 Nice compact book rocking in at 40 page PDF. Which is nicely laid out (check out how the borders change through the book 😉 ), would have loved more fluff in the book but the website does cover this so not too bad at all.

So some quick points just so we are all on the same page, the game is based around D6 (and in most cases its 2D6). Premeasuring is allowed at any point after all if the guiding hand of Cthulhu isn’t helping you hit, then something is wrong.. Everything is in inches as well so nothing surprising here.

The game is played a 3x3ft board and it is suggested you have about a third of the board covered in terrain. So a decent amount of terrain around so plenty of cover to hide/defend is a most.

Each side brings 5 models to the game currently, which includes a Leader, a Myth (the Cult faction this is one and the same), a Familiar and then rounded out with ‘normal’ charcaters. It is a character driven game so with the odd exception everyone is a unique model. So altogether the games are pretty quick so it is easy to get a couple of games in an evening.

It’s a wargame which means we have stats for all models on the board so what are they?

All models have 2 AP to do as they wish in their activation, with the usual sort of thing you would expect. Move for 1 AP, Charge for 2 AP, attack for 1 AP etc.

Abilities on a models card do not cost AP to activate however they may have a Mythos cost associated with them. Which they can use from the crew pool generated at the start of the turn. However there is an additional cost to these abilities will we cover later.

Models also have traits that are always on effects in the game.

Now the model/stat cards for each model are double-sided but this is due to a game mechanic based around the models changing during a game (due to their sanity).

There is a normal size (a grey colouring is used) and the flipped side (red colouring is used). This means a player can end up moving across the different versions of their rules during a game (either on purpose or forced to). This regular flipping brings us to the a models, Tracker card.

These Tracker cards, are a clever way of dealing with the flipping as the tracker card does just that. It tracks wounds, how much sanity is lost as well as any conditions a model has picked up along the way. This means in the heat of battle you don’t rub off the 12 wounds you have already taken (it also means the game board isn’t swimming in tokens if you don’t want it to be)

So Sanity and Mythos deserves their own little areas on the review as they dictate so much around the game.

So first we have the Sanity stat for each model, these are for when the are expected to take a Sanity test. This can come from different sources but the most common is when a model is confronted with a Fear causing model.

As well as this each model has a section of Sanity to mark of on the Tracker card (every model has 20 pips to mark off). There are various ways you will need to mark off your Sanity during the game but there is a point things change. There is a coloured pip that is the Sanity Threshold. At the this point you need to start taking Sanity Checks, this is simply a table in the rulebook which you need to roll 2D6 and add the lost Sanity together and compare the result to said table.

These have different effects in the game from doing nothing to increasing your AP, to just outright killing you. So your sanity is precious as you can suddenly die if you burn through it too quickly. To give you an idea losing 7 Sanity means you have reached a point that a spiked roll of those dice could kill you!!!

As well as this threshold we also have in some cases an F (which is usually on the Sanity Threshold pip anyway). This is the indicator for your models forced Flip to their Flipped version, there is also come conditional flips available to models who can change between their versions. However some models don’t have this so once they Flip that’s it for the game they are in crazy mode 😉

As mentioned each model in the game adds their Mythos stat to a shared pool which can be spent by any model during their activation. This is a finite resource that although refills each turn, when models die your pool will also reduce.

The main use of Mythos is 2 different things to activate a critical hit or to use an ability that is on their card (cost is noted on the models card). 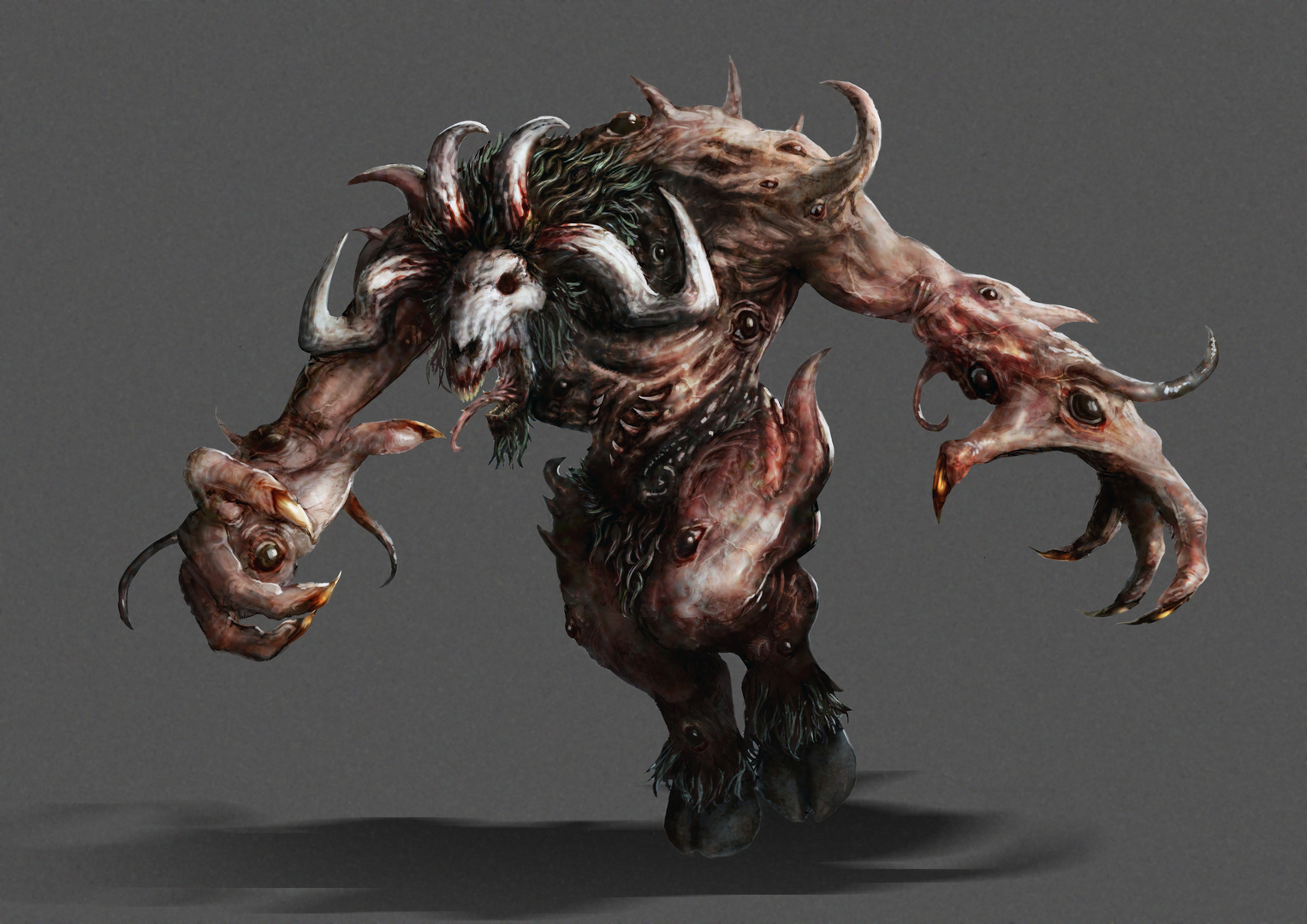 Whenever you spend Mythos you also lose the same amount of Sanity which takes you closer to the threshold we have already discussed.

So between Mythos and Sanity we have 2 different resource management areas to the game. One affects the whole crew while the other is on the individual and balancing the 2 is going to get more important as the game goes on as you either lose models or start to lose your sanity. A fun little mechanic that makes you plan your activations out and not just burn all the Mythos possible on one model.

Now onto the meat of the game the smacking/shooting/zapping people dead.

First up we will cover both the Range and Arcane attacks as they both generally happen at distance. The usual pick your target in range and LoS as you would expect is there.

Then the attack and defender both roll 2D6 and add their appropriate stat to the total plus any modifiers like if attacker is engaged or cover etc.

Then we look at the difference if it is a draw nothing happens, if the defender wins they get a free 2” dodge.

Now if the attacker wins (or the defender wins and is also engaging the attacker) then you deal damage equal to the difference in the totals and then they may activate a critical effect.

A critical hit is if you roll a double 6 or you may spend a point of Mythos to activate the critical on a successful hit. Criticals are an additional condition applied to the hit model on top of the damage they suffer.

Combat actions work in a very similar way, you must be in base contact with the model you are hitting and both players roll 2D6 adding the combat stat and any modifiers (additional models involved in the same combat).

However this time there is no dodge if the defender wins, now it is whoever wins the roll does that amount of damage (and triggers criticals) equal to the difference in the totals.

So here we have a system that means both players are involved in the combat outcome but also that the attacker could actually die in their own activation if the dice decide it.

Now the way the wounds are set for normal models, even on a spike dice scenario no-one can one-shot some else. It is very much a game of chipping away at each other to start with but later game when people have taken wounds suddenly the risk/reward increases as you have to gauge if charging into a target may result in you getting squashed.

Generally the attacker stats are higher than the defenders but this is a dice game and nothing is certain..

Now continuing the nastiness of this mechanic if a model wants to run away/tactical retreat, then the enemy models get a free attack. Where if the activate model wins (as a defender) they get to walk away, if the attacker wins the defender has to stay still. But here is the nasty bit the loser still takes damage as if it was a normal combat action. 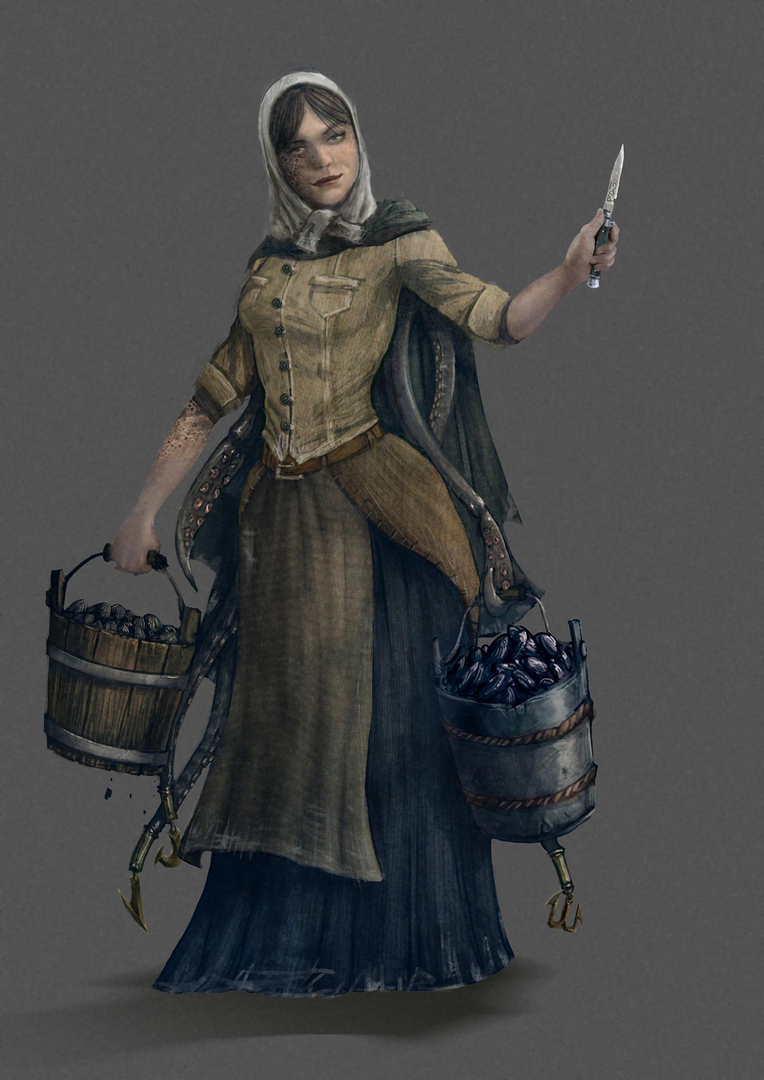 There are 5 different scenarios in the rulebook, so this should keep you going for a while. But I would expect more to come soon and it is easy enough to come up with your own.

This is a great little game, that wont need a major outlays to get you going. With a low model count and standard board for a skirmish game means you can get going easy.

The mechanic is simple and effective will also brings a lot of potential brutality to the game while also keeping both players involved in the game regardless of who actually has activation at any point.

P.S. I will be doing model reviews as and when I get them in the future (only one faction…)